Email ThisBlogThis!Share to TwitterShare to FacebookShare to Pinterest
A night of wonderful music by the one and only Idina Menzel and the Sydney Symphony Orchestra at the Sydney Opera House. Did I just wrote that in one sentence? Did that happen not too long? Yes. Yes!

Idina Menzel was the first Elphaba (of the musical WICKED) in Broadway, of which she won a Tony Award. On TV, she was known as Shelby Corcoran, Rachel's mother in Glee. She has also appeared in a Disney movie entitled, "Enchanted".

I've only seen Idina sing on videos in youtube and Glee. The only recording that I have of her is the OST of Wicked. When I learned that she will have a concert in Sydney, I immediately got tickets so I can watch her. I have always admired her singing voice and I thought that this might be a once in a lifetime chance for me to see her perform live.

She came out on stage in a simple but classic black lace dress. She was barefoot. According to her, she feels free and more grounded when sings with bare feet.

She took our breath away the moment she sang her first song, "Somewhere Over the Rainbow". Her voice was amazing. Her stage presence made us not take our eyes off her. And her humour! She was so funny and spontaneous. Like she was talking to a friend the whole time she was on stage. 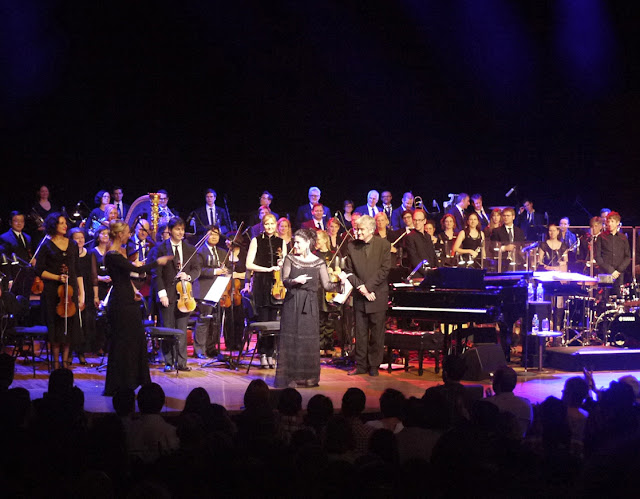 I wrote down some of the songs Idina sang that night...in the dark! That's what you call dedication haha. Here's a part of her repertoire: Somewhere Over the Rainbow, Wizard and I, Don't Rain On My Parade, Both Sides Now, Let's Dance, Love For Sale, At The Ballet, What I Did for Love, God Save My Soul, Poker Face (the song she sang in Glee), Take Me For What I Am, Defying Gravity and For Good. 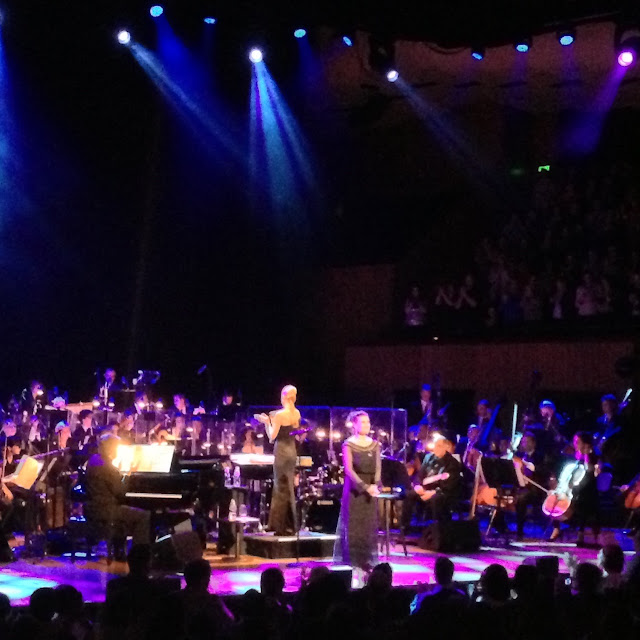 My favourite parts of the evening:

When she sang "The Wizard and I". One of the songs from WICKED. Even if I will never get to see her play Elphaba, this was good enough for me.

When she sang "What I Did For Love". A song written by Marvin Hamlisch from the musical "A Chorus Line", Idina sang the song in tribute to Marvin Hamlisch who was her conductor, orchestrator and close friend. The song is a classic and hearing Idina sing it that night made it more meaningful and sentimental.

When she sang "Let's Dance". It was at this point that Idina talked about how she started as a wedding singer. She even danced a few moved which very much entertained us.

When she sang "Poker Face". In between singing this song, she talked about her hesitation to go into TV and star in Glee as Rachel's mother. She showed us her funny take on the song which she thought doesn't really make sense when you carefully listen to the lyrics.

When she sang "Defying Gravity". The song the character "Elphaba" is known for. To hear the original Elphaba sing my super favourite song in such a powerful voice just made me indescribably happy.

When she sang her finale song "For Good" in acapella. She put down her microphone and sang this song in all its rawness. The whole concert hall in silence and the only voice heard was hers. It was beautiful, it was touching. Singing "For Good" with no music made us feel her sincerity and gratefulness for having performed for us. It was her best gift to us that night. 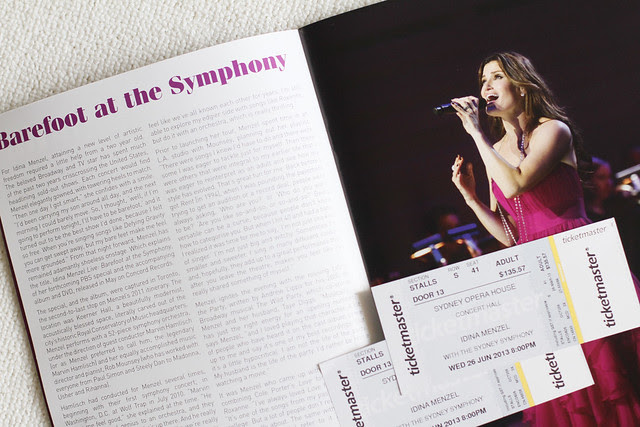 I was able to buy a Idina's concert playbill and it came with stories of her achievements and a short interview. The most important question was asked, "Would you ever return to Wicked?" And sadly for now, she doesn't think she'll ever do it again. I watched Idina's concert with the Husband and two of my dear friends. We all enjoyed it immensely and felt very spoiled for living here in Sydney, having the chance to watch concerts at the Opera House with performers such as Idina Menzel. 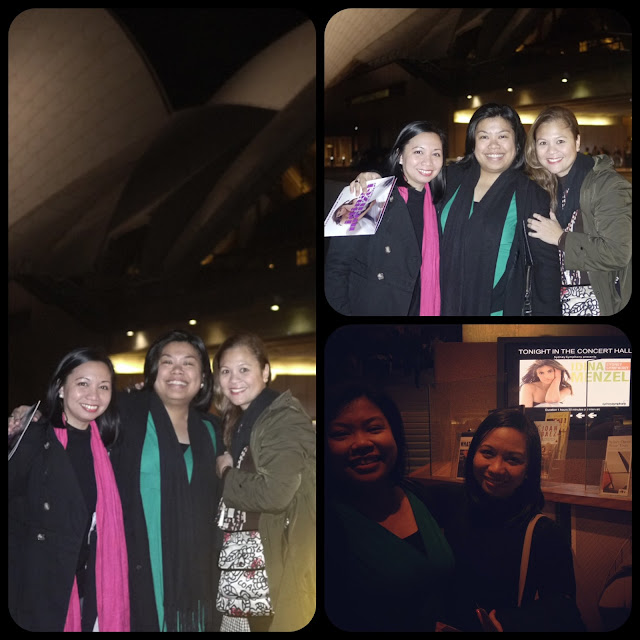 Below are videos of her performances in her Barefoot at the Symphony concerts where she sang "Defying Gravity" and "For Good":