Email ThisBlogThis!Share to TwitterShare to FacebookShare to Pinterest
Was supposed to go to my usual Korean cafe for some coffee after work when I suddenly felt the urge to pass by inside the Regent Place. I noticed in the past months that there are new restaurants that has opened recently there so I thought to have a look.

I was taken at the sight of a pretty Japanese cafe called "Chanoma Cafe" that takes pride in their matcha shakes, floats and desserts. I was more convinced to have a meal when I read the menu that said "Japadogs" a.k.a Japanese Hotdogs. Hubby and I learned about Japadogs in one of the Jdrama we've watched (I know right, if we're not watching Kdramas, we are watching Jdramas haha) and since then we've always been curious to have a taste. So I messaged the Hubby, "I've found a place where we can eat Japadogs!". 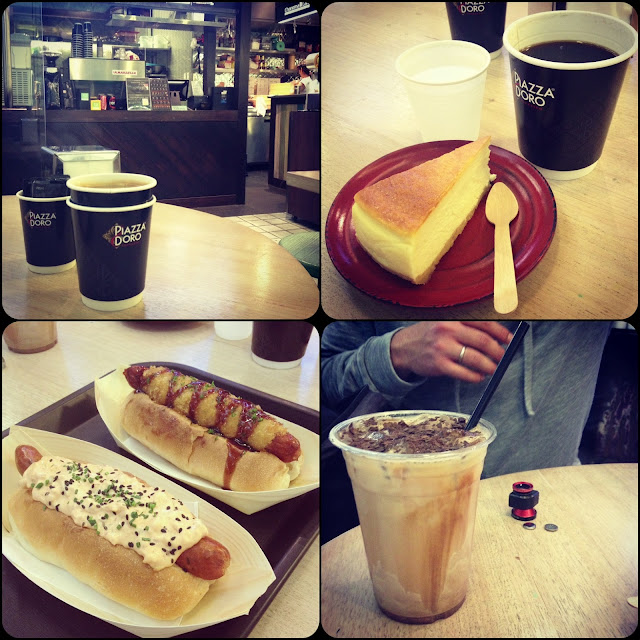 Chanoma Cafe's brown and green motif gives you that clean and refreshing feel. I like that they're trying to be eco-friendly that all their cutleries are made of wood. As much as I would love to try one of their matcha offerings, I needed coffee last Friday as we were to shoot Vivid Sydney that night. Hubby and I had a cup of coffee each, a large Long Black for me and a regular Iced Mocha for him. I hoped that they'd serve Japanese coffee but instead, they used an Australian brand. Oh well, it's not entirely a bad thing but, I wish someday they'd offer coffee from Japan too (since they are a Japanese cafe anyway). 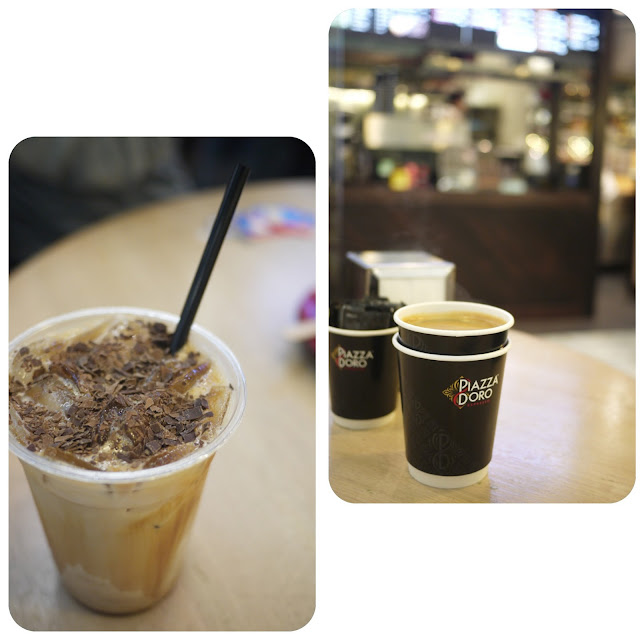 While I waited for the Husband, I started with dessert. Their Cheesecake was wonderful. It seemed like a fusion of the New York Cheesecake and Japanese Cheesecake. It was smooth, light and wasn't cloying. As soon as Hubby arrived, we ordered two Japadogs: Tonkatsu Dog and Kim-Mayo Dog. I'd like to say that both were tasty and a must-try when you visit.

The Tonkastu Dog is a hotdog wrapped in thin tonkatsu. The tonkatsu gives that extra crunch for when you bite into that delicious hotdog. The Kim-Mayo Dog is a Chorizo hotdog with a sauce made of Kimchi and Mayonnaise. I ordered this because I wanted to try the Kimchi and Mayo sauce. It was a lovely combination! It wasn't hot at all, it just had the right heat in it to make you realize that there's Kimchi in it. The best thing I love about their Japadogs is the size. Compared to other hotdogs we've encountered, their ones are good enough to keep one full especially if you will eat it with chips and dessert after. Plus, they're reasonably priced.

We are definitely coming to try out the rest of their Japadog offerings.